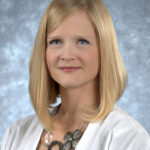 Connersville, IN, July 2014 – Dr. Elise L. Beatty, of 2045 Virginia Avenue, has joined a growing community of optometrists in the nation by becoming board certified by the American Board of Optometry (ABO). Dr. Beatty passed the ABO’s Board Certification Examination administered in January 2014. To attain this honor, Dr. Elise L. Beatty completed […]

Read what our patients are saying about us!

Get directions to our offices in Richmond and surrounding areas.

Message us today if you have any questions.